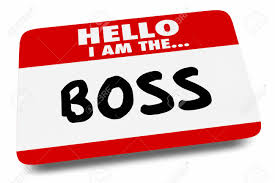 Wanda – Orville, Lisa and Amanda. RichardBach says, “The bond that links your true family is not one of blood, but of respect and joy in each other's life.”

I refer to Amanda as my “favorite child who is not my daughter.” The four of them became family right down to some of my favorite holiday memories at camp when our families would join us and spend the Thanksgiving weekend.

Wanda was our cook while we were at Camp Edwards and Orville was our facilities person. They were raising their granddaughters, Amanda and Lisa. They were all devoted to the work of our little camp.

Often, Amanda and Lisa would come down to the camp every weekend in the winter that we had groups. They helped set up and clean up. They also became Alec and Kelly’s live in nanny and help. They became family.

When Wanda passed away in 2003, I shared some of this at a memorial.

Here’s what I know.

Camp is about beginnings and endings. And I want to share a bit about my beginnings with Wanda. “Live your life while you have it. Life is a splendid gift. There is nothing small in it. For the greatest things grow by God’s law out of the smallest. But to live your life to the fullest, you must discipline it. Make your thoughts, your acts, all work to the same end, and not self, but God.” When I think of how much Wanda lived her life, I always go back to those words from the Blue Rag ceremony (the Rag program is something mostly done at YMCA Camps).

I believe that from the start Wanda would have worked at a YMCA camp. She was bound to see those words and sooner or later demonstrate to us all that it was her way. She had a rich and full life. I am sure that she shared it with all of you in her way.

She was by no means an easy person. She had her extreme side and some of you have seen and felt that as well. I am sure that those who worked with her; each of you has your own “moments in the kitchen with Wanda.” Moments when she would come in and tell you what needed to be done, what should not be done and what we should have done relating to some challenge in our own life.

I learned about her life this way. I learned all about it; all in the first three full days we spent together at camp. Those words I shared above by Richard Bach - I believe them to be true especially of the family that I gained by working with Wanda. Not only did we share in our work, we shared our lives together.

I remember when I arrived at Camp Edwards on that week in February 1998 when we had our biggest El Nino storms. Wanda had spent some time sharing about the ins and outs of camp; showing me how things worked; how the snow blower worked and how to plow the road. She got in that big old stake bed truck and off we went on that 1/8 of a mile, making sure that there was room to park all the cars for the Indian Guides (that’s what Adventure Guides were called at the time, also a YMCA parent child program) that next week. She showed me a lot regarding that plow.

It was around midnight that the heaviest snow was dumping. I could hardly see out of the windshield. I rolled down the window of that truck and the snow was coming up from the blade and right into the truck. I got to the top of the road and rolled out and around to start coming back into camp and that’s when it happened. There was so much snow on the ground that I got stuck. I kept thinking, “This can’t be.”

I started reviewing in my head what Wanda had showed me when we plowed the road with two inches of snow on the ground. I had put it in four-wheel drive, I had put the plow down, and I even knew how to switch tanks from gas to propane. I sat there for a while and thought, “She never said anything about chains, I wondered if you need them in this much snow.” Needless to say, that the truck was stuck, there was over four feet of snow by morning; the power was out, the phone lines were down. We were trapped.

I got to know Wanda. She loved to talk, and she loved to share about her life and her family. I got to know all about her, so much so that what developed there became the international camp sign for over share. (hold both hands over your head in a circular fashion thus making a giant “O”)

Wanda had quite some life. Those who knew her know all of it. In the first ten minutes that you meet her, she had spilled out most of it to you and was asking about your life, family, finances, how to buy a car, mortgage a home and most especially how to adopt your grandkids. She loved to share those thoughts and ideas and the things that she learned on her way.

“We believe the best and happiest life is the one spent not for self, but for others.” This line from the Red Raggers’ Creed to me best describes the commitment that Wanda had to our YMCA camp community and to her family. I believe that she thought that those two families were one and the same. Our family’s not only shared work, but we shared our lives.

We spent holidays together, we spent work days together. We saw the best of each other and the worst. I remember countless times that something would happen, and I would come into the dining hall, day or night and Wanda, had just arrived before me or when she arrived she put on a pot of coffee. Often wearing one of those colorful Moo Moo’s with red floral print or tiger print. I know those who know here can all picture these.

They were part of what made her life so colorful. Some of those prints were as vivid as the way she described aspects of her child hood or marriage or life living elsewhere off the hill (Mountain folks in So. California refers to living on “the Hill”). It always amazed me how she had a story or advise to relate to anything that could possibly be happening.

She made life a splendid gift. It was these times that we shared our conversations. I would talk about the challenges we had at camp and related them to my own personal challenges. We talked about my goals for camp and while she may not have agreed with everything I did, she always supported everything. It was in these talks and then in times when I had to be a supervisor that I gained the most from Wanda.

I remember about the third year at that camp during our annual evaluation, Wanda shared with me that she had learned so much in the past year and she thanked me. She thought that at her age and with the lifetime of experiences she had figured a lot of it out. But I helped push her out of that box and try some different things. Needless to say, she pushed back sometimes, and we had our struggles. But there is nothing that I would ask her to do that she would not be willing to do and if not able (get Orville to do).

It’s not until some time after that I realized that Wanda had really been listening to me in those first three days. I had told her about my experiences in my previous YMCA work. It’s funny thinking about it now, but how much each challenge she and I faced or new way we discovered to work together, that she gave me the opportunity to change the way I supervised.

The mistakes I made before she afforded me the chance to do differently and be a better supervisor. She started calling me "boss" because she said it was a way for her to acknowledge me, since she did not always remember names well. I would always tell her in those early days to call me Al; after all it was only two letters to remember.  But like a lot of things, she insisted on her way and the name stuck.

I used to think that a boss was someone who was overly demanding, and I had visions of someone overseeing an assembly line in a factory for 14 to 18 hours a day. I guess that’s not far from the kitchen at camp in the midst of summer.

Over time, I learned that it was out of respect and caring that Wanda used those words. I came to believe that it was perhaps the highest honor I would be given is to hear Wanda and later Orville calling me “Boss.” It all stems from what John Maxwell calls the "Law of Connection."

There was so much grace that they allowed me to make mistakes and try different things and learn from those mistakes.  I am extremely grateful for those opportunities and the family members we gained.

Just a few years ago, Amanda and Lisa came and shared a Christmas with us in New York. And just a few Thanksgivings ago, we spent the weekend with Amanda and her daughter at her home in Maryland. She still calls me “dad.”

It is an amazing gift as my family and I have traveled along the way over these last 50 plus years in these United States.

Thanks for letting me learn to be a “boss.”