I have said and maintain that Brian makes me laugh every day. Even on days that I do not see him, I often have a thought or memory that brings a smile to my face.

I have also said that 67% of people who have a third child do not have a fourth. (Mostly because of the third). I also like to say that 57% of statistics are made up. It is the third child that forces your hand to go from a (Basketball reference) man on man defense to a zone defense. You are always outnumbered.

I often cannot recall when Brian was not around, but it has not quite been 16 years yet. I think of our family experiences and sometimes I have to recall if it happened prior to his birth. It is because he is so ingrained in our lives.

When Brian (or as most of us call him, Shmoo) was about a year and half that I realized how much command he has in all our lives. There were so many times when nearing bed time, I would say to Brian, its’ time for bed. He would get up dutifully and wander into where ever Alec and Kelly were and announce to them, “Alec, Kelly, it time for bed.”

They trained him well, because they would get up and get ready for bed. Later they realized the mistake and that he would always win out when telling them what to do. Not because Lee Anne or I would enforce that he had authority; it was that they had always dutifully done as he commanded.

John Maxwell says "Leadership is influence, nothing more, nothing less." It's the second law in John's 21 Laws of Leadership. At the age of two, Brian had this down with his siblings. John states that "It is not about you, it is about them." And Brian had this figured out. They would listen to him and he had his influence over them.

At 18 years of age and about to graduate high school, Brian still has his areas of influence. He is his class president; he is in the band, choir and drama club (often with primary roles in those media; he loves Model United Nations and has had a leadership role in that as well.

While he is the last child, he is the first in so many different ways. Brian learned John's second law early and I hope will not have to keep re-learning it later as many of us have had to do.

I am grateful for all my children and for the lessons they bring. In my 50 plus years in these United States, I have embraced (with family and career) the fact that "people don;t care how much you know, until they know how much you care." 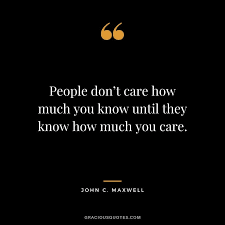 Jackie Pask and members of her fire department (40 Summers 40 Lessons Series) One of the best Aquatics leaders I have had the good fortune... 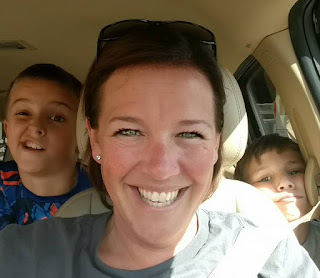