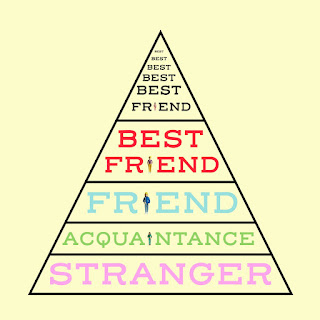 Want a lesson in what a best, best friend is? And how to be one? Call Bruce.

We met at Science of the Dessert (1977 - mentioned briefly in that BLOG about Nude Wash). I was walking past the port-a-potty and out came Bruce flying across the way. He knelt down and puked. to this day I can still faintly recall the smells of that port-a-potty.

Anyway, that was in ’77 and by the time spring and summer of 1978 came around, I was spending most of my time off school with Bruce and his family. Bowling league with his grandfather, weekends at the Pasadena Glen where he and his mom lived. He took me to the King Tut exhibit in Los Angeles when it came through the United States in the late '70s.

And then later, down to Dana Point where he ended high school a year early. I would ride the train down and we would ride all over Orange County on the Orange County Transit District (OCTD) buses. We would meet often at King Arthur’s pizza in Arcadia and talk about everything under the sun.

Did I mention he was and is one of the smartest people I have ever known? In college and beyond (While he was in the Army in Korea) he worked on a system that allowed a computer connecting to a satellite to pin point a person within three feet of their location on earth. This was before cell phones and GPS. (Yes, I know he was testing the military application precursor to GPS)

We had fun and we would listen to comedy albums and individually listen to Dr. Demento on Sunday nights. That was always the topic on Mondays at school. (Just to be clear, there were no cell phones then and we did things and then talked about them after wards. Kinda like Instagram, but without the pictures or instantaneous results, or likes - Okay, it was nothing like Instagram). We listened to the Smother's Brothers and he taught me the Jerry Lewis "One Hen, two ducks, three squawking geese..." bit.

Bruce told me once that if you could have just one or two good friends for the rest of your life; that would always be more than enough. He introduced me to the book Illusions by Richard Bach. (More of him later at a later BLOG).

In the book, Bach says, "The bond that links your true family is not one of blood, but of respect and joy in each other's life. Rarely do members of one family grow up under the same roof.” That was our relationship and Bruce always modeled that for me. I have to admit that I lost my way and lost the connection for a few decades.

I learned so much from him on how to be a friend – from his example not mine. I am so grateful for those lessons and for sharing his family with me. As I think about the past 50 plus years in the US, I am so fond of his friendship and memories of how he shared so much. And as Richard says after all, "they give you a book to read."