Stewardship - It’s an old fashioned word. It does not come up in normal conversation. I have worked with hundreds and hundreds of volunteers and only once in a blue moon (That’s a full moon twice in one month - which occurs on average every 2.5 to 3 years).

I heard the term from several mentors in my early days at Camp Bluff Lake in the San Bernardino Mountains of Southern California.

Each week during the summer, several hundred youth traveled to the camp and each Wednesday was hike day. Some 10 or 11 weeks of each summer, one of the hikes was to and past the Champion Lodgepole Pine which is said to be the largest of its species in North America. (Check out the hike for yourself next time you are in that area. Here is a link: Champion Lodgepole Pine)

Some 10-12 youth could hold outstretched hands and while holding hands wrap around the base of this tree. We would hike past the tree to a neighboring meadow where we would look back and have a somewhat unobstructed view of the entire tree. About a third of the way up, the tree split into two different trunks. It was estimated that the tree was hit by lightening at the time of the Revolutionary War and grew in the split trunk format from that time forward.

During my last year as a program director at the camp and while I became the Director, a logging project was started at the camp. A thinning that took many of the trees throughout the center of the camp facility. Those trees, (Ponderosa Pines, seen around the Lodgepole picture above), were a huge part of the vista as you drove into the facility. Their bark also smelled like vanilla.

It was quite a site that these huge trees would be felled into the exact spots that the lumber jack would determine. Sometimes narrowly missing buildings or falling between two cabins. The sound was tremendous and if you are curious, while I was there, it was always heard. (Considering that fact that someone was in the woods.)

It was one of these trees that as it fell and landed in its precise spot that its top and middle branches brushed another tree and it fell in an unintended direction. That second tree landed towards a cabin and it’s top took out the front porch and most of the roof. The owner of the logging company determined that the road traveling just past the base of that tree had eroded the root system for decades to the point that the tree was compromised and was bound to fall.

True to his word, he replaced and repaired the porch and roof of the cabin. Fred Ford, the logger, was one of those who used the word “steward.” He often proceeded it with the word, “good.” He talked to me about doing what had to be done to make sure that the saplings would grow and get enriched from having additional sunshine and room as the bigger, older trees got out of the way. Fred was captivating in the sense that a five minute call or talk always ended up in a half hour lesson or story.

I heard that from others as well. People, like George Finnerty (Previous Blog subject) and countless other long time volunteers and leaders. It was one of those early leaders that said that we (as directors) had to hire and train our own replacements. Those volunteers who talked about how the earth and ground would get in and under your skin to make you want to come back again and again to serve.

Those big trees and the funds that came from the sale allowed the camp to persevere for several more years. The funds were reinvested in another portion of the facility that had been neglected and became an urgent problem and need. Some 25 or 30 years earlier, a dump was established on the property and those in charge at that time neglected to file a permit with the county.

It was during the cleanup of the timber harvest that a county inspector discovered that dump and investigated the permit less problem. The funds helped us clean up and restore that portion to its original state (or as close as possible). Decades of waste were hauled away and re-landscaped to what the forester determined it may have looked like. 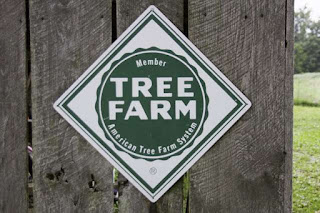 We applied for Tree Farm status and in the subsequent two years, planted over 3500 new saplings in different areas. I feel like the right things all lined up in order for a problem from a previous generation was being solved and moved forward to restore balance. Our original intent to reinvest in the property became an effort in cleaning up what others had caused. And it was a reinvestment.

The lesson I gained about stewardship I have applied at every level of my work. Taking care of land, property, individuals, equipment, culture, history, and every aspect of the organizational work. I know I have fallen short and I know I have had some success as well.

Stewardship is often intended as a way to treat the environment. I believe that it is also a way to look at economics, health, possessions, theology, information, culture, and individual relationships.

I do find that today’s dialogue about how we manage the world a bit presumptive and narrow minded. It is difficult to believe that humans can change what has been set in motion and that somehow we can manage our way out of something so huge. It is also narrow thinking that presumes we shouldn’t try.

Post Script: According to the Center of the West, “wood from the tall and slender, Pinus contorta, or lodgepole pine, was preferred for tipi poles because of its resilience to weather and rot. The hide or canvas of the tipi was tied to a pole to the rear of the door and wrapped around the frame.”