John Maxwell says, “You can’t have creativity if you don’t have a creative culture.”

I have had some great mentors who cultivated a creativity that I never knew I had. Growing up, I always thought that other folks were truly creative because they could draw, paint, sing, dance, and any other talent that I never achieved. (Due to my own mindset)

My mentors helped me spark in ways that I never thought I was capable. It led to many times in my career that I took risks in doing things that others never thought about. In a previous BLOG about my friend Wally, I mentioned that he had vision and it is a gift he has in everything.

The analogy about one of the few geometry formulas that I remember (V = (4 ⁄ 3) π r3 is the formula for the volume of a sphere) and looking at everything from all different directions. This is how I think of creativity.

Perhaps it is the fact that in my not for profit career working for many organizations that always struggled financially. One of my coaches asked me why I was always drawn to underdog organizations. My answer then is still my answer today. “It just seems like they (the struggling organization) needs someone to care.”

From 2004 to 2009, I was at a camp that had many different activities areas that drew kids. Things like an indoor skate park, equestrian programs, ATVs, and paintball. All great activities that required a high degree of leadership and dollars to support.

When our team decided to add activities that would also be creative and perhaps appeal to other youth, we were limited and hampered by cost. And we met the occasion with a creative mindset.

The activities had to be fun, creative, and relatively cost free. Our arts and crafts area had a small amount of basket kits left over from previous summers. This camp which was located on a Spring system in Florida also had a great deal of afternoon activity centered around the year round 72 degree water temperature.

The afternoons in a Florida camp are brutal and the water temperature was a great way to spend those long hot hours of the day. Since there has always been a myth around camps and college courses about “underwater basket weaving,” our team decided to make this an actual thing.

The basketry materials would soak overnight on the shore of the spring and participants could sit and weave either with their feet, legs or completely in the water. This was an expression of creativity that allowed campers to take home something intricate that they themselves had created.

Our other spring centered activity relied on the actual issue that Florida is well known for; alligators. In fact, this was the only camp that I directed that the aquatics director’s job description included an item that stated, “Daily: check spring for gators.”

I quickly learned that in Florida there are people who are qualified by the State of Florida to remove alligators should they become a problem. The Nuisance Alligator Hotline was in the rol-o-dex in the camp office. (For those unfamiliar with a rol-o-dex, it’s what we used prior to saving numbers on a cell phone.)


After our first call to the “gator guy,” I learned from him that not all alligators are predatory. He said that if you have a “gator in your spring” just go down to the water and touch your toe on the bank. If the gator turns towards you, it is deemed predatory and should be removed. If it turns and swims away (over 90% did this); it is not considered a nuisance.

Now, please know that I am not an expert in alligators or their behaviors and should you have an actual issue with one of these creatures, please do call the Nuisance Hotline at 866-392-4286.

Our team decided to take the “gator” myth to the next level and allow campers to learn the basics of wrestling alligators. This was also conducted as part of the afternoon periods in and around the refreshing spring water. (I'll find the pictures of the activity later.)

We named our original alligator, “Stanley.” We actually ended up with two that summer because of the abusive nature of the activity. In the field leading up to the spring, rain water would often form puddles the warmed up in the sun shine of the afternoon. A perfect spot to learn about alligator wrestling.

Stanley and the activity leader would meet potential participants and go over the basics of wrestling maneuvers and take downs. Campers would often line up for an attempt to wrestle Stanley. In fact, most ended with successful take downs of the gator. It turned out to be a popular afternoon activity that was close enough that the underwater basket weavers would watch and cheer for as those young folks who would leg lock and scissor hold their opponent, Stanley.


Perhaps the best of the creativity was an activity area we called, “Spirit, Mind, and Body. This curriculum promised parents, the following, “Parents may observe an increase in self-confidence when faced with unfamiliar or challenging activities whether done individually and/or in a group. Growth in competence of one or more skills possessed or with new skill acquired. Participants take initiative for positive performance may also be noted.”

I thought this was as creative and inexpensive as a program might get; requiring just the instructors time and abilities. Each was designed with a basic daily formula of activity circles:

As many of you might know, this was a YMCA Camp and the three sided triangle has existed for decades in the YMCA on how to best lead one’s life and find one’s best self. Thanks to Luther Gulick, the three sided symbolism was an expression of balance and harmony.

(In another amusing and creative note from Wally Wirick, he will sometimes go to a local YMCAs and asks for a tour. When they ask for his name, he says, "Luther Gulick)

The creativity of a two week participation in this program for an hour and fifteen minutes each day was amazing and fun to watch and listen to. There was music (Remember this was 2005- Superchick, Green Day, Hannah Montana songs and camp songs); there were tests of mindfulness (How Long is A Minute); Tae Bo introduction; and of course the YNC March chant (Y-M-C-A-C-A-M-P--M-C-A-C-A-M-P- YCamp - YCamp – yea YCamp) 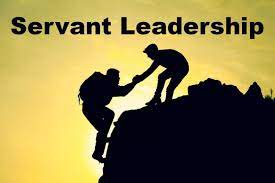 And like most things occurring in our camp, service was emphasized. Since the program took place in and around the dining hall, many times the participants would be involved in the preparation and delivery of snacks to the rest of the camp. It brought about a great deal of collective and individual free thinking creativity in our campers and in our staff team.

I read recently that "if students have ideas but never put them into practice, they are practicing imagination, not creativity." Just like Mauricia Shiroma writes in that Cambridege.org BLOG, I have wanted to create that incubator in the work we do at camps to challenge team members to find creative answers when things go in unexpected ways. To look at the sphere from all the different angles.

I started this BLOG with one of my friend John Maxwell’s quotes about creativity. I have been so inspired by those moments and I cannot take credit for how each of these examples evolved. I do know that it was seeing that our lack of money was not a lack of ideas. Scarcity is such a mind numbing mind set. I believe that we can achieve and grow in abundance by framing things with that abundance mindset.

Our team wanted to do new and fun things for our campers. We seldom said “No.” We embraced different things and we never kept sacred cows for “how things were always done.” John Maxwell offers fivesteps to sparking creativity. I happened upon these similar mindsets over the forty years of camp under the tutelage of so many amazing leaders that I have had the privilege of serving along side.

Stanley pictured below with one of our Staff team (Megan K.) who was featured in a previous BLOG post.