The two of us went through a difficult learning and growing process apart and yet together; since it happened at the same time. He became a lifeline during that short game of life experience as I transitioned out of the YMCA and he transitioned from one position to another.

For a while we met weekly for coffee at Tim Hortons (for you west coast folks, Tim Horton not only played hockey, but also established a chain of coffee places in Canada and the North East US as well as establishing a great camp program for under privileged kids.)

Anyway, Shawn and I shared our experiences from our different perspectives and styles. His being the direct leader and mine having a more laissez-faire style.

I did not expect our connection or our friendship. We had been acquaintances through the AmericanCamp Association and the proximity of our camp programs. Often enough we would have packages delivered incorrectly to each other camps since they were both “W” names and about ten miles apart.

He offered grace when I was looking for grace in others who had no time or inclination.

I read once that of the example set to never condemn the weak; never shuffle aside an outcast; never verbally abuse those with less understanding. And the example to never respond aggressively when ridiculed or mocked. These are the things I think of in people of grace and this is what I gained from my friendship with Shawn.

John Maxwell describes the Heart of Servant Leadership as "build the right kinds of relationships with the right people, and you can become the real leader in the organization." Shawn's heart was the relationship I needed. He carved out a role leading the entire state's 4H camps (18 and counting) as the valuable resource that that organization needed.

Shawn also carved out the role I needed in a time where I felt "less than." The recent world term of "impostor syndrome" is really about finding your authentic self. John Maxwell has seven key steps to this in his BLOG as well. I was feeling as John describes, "They think that if they are truly themselves, people won’t accept it.”

And this was my thinking. Shawn helped me at that time and we still get together for coffee from time to time at the local Tim Hortons. 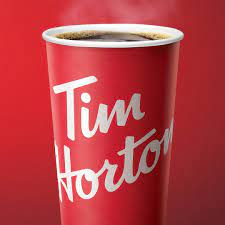 I am grateful for the grace of his friendship as my family and I have spent over 50 years of having lived in these United States.