Lesa Culpepper – So this is the year after our last year working together in Florida and the reason I picked it was the true impact of Lesa’s influence on my life was felt. For most of our last three years in Florida; Lesa became a tremendous part in our lives.

I recall that we (several staff and I) were at a conference for camping folks in Orlando, FL and I was there to recruit summer staff as well. There was a bulletin board with plenty of resumes and fliers of potential candidates. None jumped out at me. I did notice what appeared to be a the word “tern” on a small 3x5 card under the corners of several other resumes. 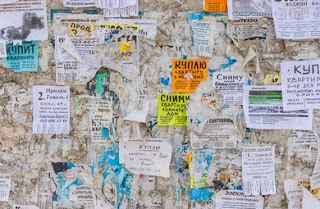 There was something about that card that led to a phone call and a meeting and eventually that internship. It was buried beneath so much and I still noticed it like the bright shining object in a sky of so many other shiny things. It was a guiding hand that made me look deeper. That has been the lesson with Lesa.

Her camp name is “SuperNova” and I found that that has been how she leads. A bright light that explodes and leads you on a path. I have read a theory that the Star of Bethlehem was in fact a Super Nova and the wise man followed it to the Christ child. So it may not come as a surprise of how this wonderful servant leader helped me become a better father.

Lesa lived at Camp and then near-by as her internship became a full time position with our camp. Her faith led her to a church that actually met at the YMCA. I on the other hand, did not want to be a part of a church that essentially met at work and declined attendance over and over. Lesa never wavered and decided that my children needed spiritual guidance and would drive my kids to attend and participate. I did not see this as a issue and I enjoyed my Sunday mornings at home drinking coffee and watching the Sunday morning magazine shows on television.

It was only after leaving Florida and moving to a new camp in New York that my faith woke up again from a nap. I realized that Lesa was providing the fatherly example to Alec, Kelly and Brian that I was not. I see that as a lesson that has meant so much for me.

In a previous BLOG, I wrote about a call I received when I first became a father. I consider myself a servant leader and I learned and gained from Lesa what should have come naturally. I learned from that 23 year old how to lead and provide what I believe is the most important part of parenting.

This has led me to a path of taking on a leadership role in my church working with youth and developing their spiritual education. I am so grateful for “SuperNova” and her explosion into our lives and in my 50 plus years living in these United States I am blessed by her example of “fatherly” service.