I am not sure what it is like to depend on someone so much and then no longer have them there. My sister has been the example for me on how to allow your faith to carry you through what can be one of the most difficult life lessons.

I can’t’ mention Jackie without mentioning Tyler too. This was the year that Tyler turned for the worse with his cancer and later on we lost him. They were together for over 25 years and they both had a great influence on me.

Early in their marriage, Tyler told me one day that he was disappointed with the direction I had been taking and I should consider following a different path. His words turned me around and like being brashly scolded by an older brother; I changed how I decided to be.

And Jackie who has always led the way in my life, has changed how I see my faith life but watching her lose Tyler and come back from the loss with a fierceness that I would say is miraculous. Her faith has been an example and a light for me. I cannot imagine a time when she has not influenced my life.

It was her simple question about work at the age of 15 that led me into over 36 years of service to the YMCA. It was her and Tyler that allowed us opportunity with the early days of my family that led to a home. And it is her example in the face of massive grief and loss that shows me how faith can change your perspective on everything.

John Maxwell says “leadership is influence, nothing more, nothingless.” The leadership the Jackie has provided is powerful and profound. I remember my parents and grandparents telling us from an early age that in the end, we would be all that we have of our childhood family. Being just 13 months apart, we were often asked if we were twins. This was always complicated early on since our mother made a lot of our clothes and we were always coordinated. I recall thinking of t as a compliment since being younger, I was thought of as older.

And yes like most siblings we argued. And yes, there was the time she stabbed me in the eye with a butter knife. Or the time she threw a gasoline soaked towel in my face. And all those times she would sit on my stomach and tickle me while I laughed so much that I could not catch my breath and my lips turned blue. So much of those run of the mill, early and normal childhood events between siblings.

I maintain, as does John, that the Law of Influence should be required reading. It builds over time; there is a reset; and truly knowing and understanding it. Jackie has been that guidepost for me for the entire time we have been in these Unites States and for my entire life. She never has had a title other than being my big sister.

Lesa Culpepper (L) (Fifty Nifty Years In the United States Series) Lesa Culpepper – So this is the year after our last year working togeth... 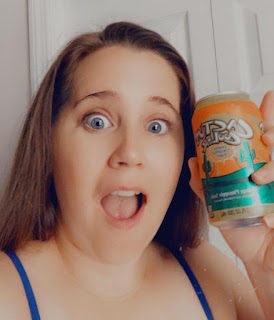