1996 - Leadership and Determination to Learn (And Teach)

“I’m not talking to you…I’m talking to mom.” That was always the response whenever she would ask a question and I would respond. (Of course she was two years old at the time)

The best of the stories is that of the infamous head butting incident of 2001. Kelly was five and I had a rare Sunday morning that I did not have to be at camp. I was still in bed and Lee Anne asked Kelly to wake me up to see if I wanted pancakes.

As the goofy father (there is a guidebook and decoder ring), I was obliged to pretend to be asleep and snoring. Kelly came in the room and began her best efforts in rousting. She insisted and I went on.

Soon it deteriorated into her grabbing the collars of my pajama shirt and shaking me with all her five year old might. And as I recall the words were. “I said, you need to wake up.” At this point she had brought my upper body up just enough that my head rolled forward and she proceeded to head butt me with her head as she uttered the words “…wake up.”

There was pain and tears; mostly mine. I could not decide if I was in too much pain from the head butt or too much hilarity from the situation or pride that I would never ever have to worry about this child who could handle herself at five.

It is this story (and several others) that defines Kelly for me. That and perhaps the appreciation of words, play on words and puns. (Just what kind of food do Lebanese (sp?) eat? An entire other story only to be told in close personal company)

Kelly has evolved into the classic only girl, middle child, over achiever. Maybe not evolved since it seems she was always that way. Whatever she has done, she strives to do her best. It is her determination and how she applies it to everything she sets her mind on doing. And she has set her mind on so much.

I admire people of discipline and this is the big lesson that my daughter has brought to me. John Maxwell talks about the law of consistency and says “Motivation gets you going, but discipline keeps you growing.” She has pursued her educational goals and obtained a Master's degree in Library Science. I know that she will use that in her goals to share and teach others and the she will be of significance to those she serves in what ever capacity comes along. 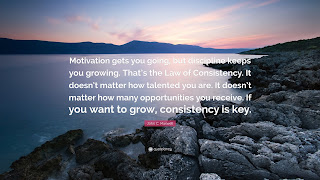 I continue to learn from her about what discipline to persevere and grow looks like. Proud dad and proud to just know her as a fellow human.

I admire her motivation to grown and learn and I am grateful for the example set by Kelly as part of my journey over the last 50 plus years in these United States.