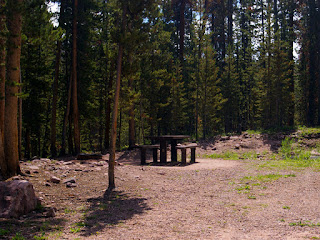 (40 Summers 40 Lessons Series)
1985 – I was not at a traditional summer camp this year. In fact, I was in a small town in Northern Utah doing an internship for my Communications, journalism major. The local Scout Troop was planning a camp trip in the mountains “over to Logan.” It seemed that many of the locals would often say things like “over to…” when describing any trip or description of a place.

In one of my assignments during the internship, I had to take photos of the water system as it the local water commissioner restored it to a local community. The water line had had a break and for several days, the community did not have any water at all. I was given directions “over to Bothwell.” In addition to the “over to” phrases, directions were given not by street or road names, but by landmarks. As you travel out of Tremonton, head west until you see the big red barn near Thatcher. Turn down the farm road until you see the big tree and make a right, heading north. You see the water system from there.

Of course, I had a time of it finding the barn and tree and I was driving down a dirt path barely large enough for my car (there were other tire tracks, so I knew it was okay.) I had in mind that there would be some structure and a group of people like a gathering at a ribbon cutting with some fanfare.

I saw a farmer walking down the road ahead with what appeared to be a large crow bar swung over his right shoulder. Now, there was a barn in the distance; many fields; what appeared to be a gully with water running through it just of the path. I pulled up and asked if he knew whom the water commissioner was and where the system was restoring.

I had made it “over to Bothwell.”

After a few more moments walking, he inserted the giant bar into a pipe stand in the gully and turned it. I barely had enough time to snap two pictures. I had stepped down into the gully and looked up with the clouds and sun in the right part of the sky. Later in the dark room, the 2nd exposure had been the right one capturing the determined look on the water commissioner’s face as he turned the bar and with no noise or fanfare, water flowed.  Timing was just right.

The camping trip was an extended weekend (Thursday evening ‘til Sunday afternoon) We met several times prior to review equipment, meal plan and activities. I had brought most of my backpacking gear in hopes of having such opportunities. The hike in was not terribly long and the Scouts panned several day hikes from their base camp. As the outsider and frequent backpacker in those days, and assigned to accompany all the hikes and often took up the rear per the senior patrol leader (SPL).

It had been one of those bluebird days while the weather report had been predicting afternoon thunderstorms. The walk up was twisting back and forth and maybe a class 2 trail at best. Lunch was on the trail and the weather front emerged from the west and in the distance. It was well into our second leg of the hike that one of the other patrol leaders started commenting on the weather. As discussion of how far we had come and perhaps it would be best to get back to base camp pronto. I mentioned that I saw a deer trail off the switchback not too far down that headed in the direction of base camp. The assistant Scoutmaster was not too keen on going off trail; however, the storm was heading faster towards our location.

The SPL looked for assurance and he knew that I had been backpacking for a while. I smiled and he decided we would take the deer trail. It was not too long that the trail was haphazard at best. By the time we hit a patch of Talus, the other leader kept looking at me with that “now what have you gotten us into” look. I maintained my assigned post of bringing up the rear.

Storm clouds are deceiving, we would look up often to determine where they would head, and most often, the consensus was that we would catch the brunt of the system. The Scout on point at this time would take three steps stop and assess the situation. We headed down on a steeper incline and while a couple of Scouts said let’s head back up and back on to the trail. The SPL glanced again, I smiled, and he said with assurance, “Let’s keep going, we’ll beat the storm.”

Not knowing and risk taking are qualities that emerge in leadership. One of my mentors, Wally Wirick, is fond of saying, “coincidence is God’s way of remaining anonymous.” I used to believe that those coincidences were just that. As I look back on lessons learned over 40 summers of outdoor camp experiences, I know now what John Maxwell considers one of his laws of leadership; the law of timing. Taking the right action at the right time brings success.

I think about that trip and that young man; and where he may be today. I know that he knew the law while it still took me some time to appreciate it so much more. He knew when to lead was as important as what to do and where to go.