You always remember that teacher who looked and smelled great. As an 11 year old, in 5th grade, we had Mrs. Fox as our Catholic School (non nun) crush teacher. I believe it was her first year teaching and we were her first class.

We knew she was special – by the last week of September, she was letting us watch the Dodgers in the play offs. An at the same time she was teaching us about math by calculating batting averages. (Okay statistics were never my thing – as some may know, I liked it so much in college I had to take it twice.)

I learned so much that year especially about 5th graders.  They are not too cool to learn – there is an enthusiasm about new things still. I have worked with thousands of 5th graders over the last 40 years through outdoor environmental education groups at the different camps I have served. And 5th graders are the best. By 6th grade it’s a 50/50 shot and hormones start to kick in.

Mrs. Fox knew that and taught to that principle. I remember lots of hands on science stuff, SRA reading labs and different hand made projects. Those labs were all about persevering and moving along at your pace. That lesson alone is a great take a way in fifth grade. As is asking for help. I know that as I moved through those projects, sometimes, I would get stuck. I recall having to do a take home airplane model. I worked on that for hours after school and I just did not know how to make it look right. I had a paper towel holder and  model paint. It was frustrating at best and I had to ask my parents for help.

At the end of the school year we had a BBQ at her house in Pasadena – this was the first time that I felt part of a community other than in school – she made us all feel welcome and I have used that as a filter til today. Of course her husband was there and he tended the BBQ and just seemed beyond cool, especially since he was married to Mrs. Fox.

Learning how to be part of a group and being inclusive – she mediated several conversations throughout the year between students – Eddie and Ray where part of our class and I am grateful for the lessons that she brought to me personally and how to stand with others who may not always be like me. It really is a time when you learn about being different and that it starts to matter to those around you that we all have differences. 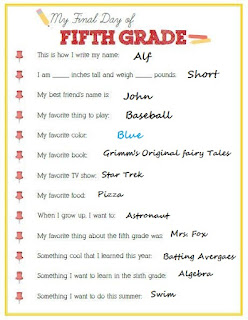 Inclusivity (sp?) has been a major theme in my life and the work at camp has always been about creating community and learning along the way. I am in a great deal of dept to teachers and mentors along the way who not only talked about it, but they also led with action. John Maxwell says it best. "Your talk talks and your walk talks, but your walk talks louder than you talk talks."

Thanks to Mrs. Fox and her community as well as the dozens of teachers who have influenced my life that I have spent the last 50 plus years in these United States.