Sound familiar? From 1969 until 1972, I watched every bit of the Apollo flights that I could. In the spring of 1970, I remember coming home every day that week and asking my mom, “are they home yet?” Those three other inspirational men on Apollo 13 did make it home safely.

These three were the last three men to set foot on the moon in 1972. The mission also carried five mice named Fe, Fi, Fo, Fum and Phooey.

So why the last one, the one where one of them left a plaque and stated. And I think about those words; even today. He stated ”And, as we leave the Moon at Taurus-Littrow, we leave as we came and, God willing, as we shall return, with peace and hope for all mankind.”

It was the “we shall return” statement that had me. I was bound and determined to be one who would return. At that age, I also knew I wanted to be an architect. And I knew I would be going to the Air Force Academy and that I would be an astronaut. Perhaps my 8 year old logic was that I would help build things on the moon.

This lasted all the way into high school. By my junior year I had known that astronauts were not very tall and I believe the tallest of them was just under 5’9.” The height concept being that they could have the stamina of taller folks but consume less and inhale less oxygen.

Anyway, I had met with the US Air Force recruiter and had the grades and then the SAT’s and all that was needed. I had also recently gotten contact lens and failed to mention that they were as thick as coca cola bottle bottoms (a visual that you will understand if you have ever had a drink from one).

Needless to say, my visions of walking on the moon (let alone building something there) where short sighted since I failed to mention this due to my blind aspirations. “Do you see what I’m saying here?” The recruiter did when we got a copy of my driver’s license and those horrific words jumped off and disqualified my goals and dreams. “Must Wear Corrective Lens.”

It is a dream and I love that about the American experience. Where else can an almost 5’6” Brazilian born immigrant have aspirations to be inspired and have even a remote notion of a chance to walk on the moon.

There are not many who will know the names Cernan, Evans and Schmitt or could possibly name two or three of the other 32. I am grateful for the inspiration and for the Apollo models that lined my room and for allowing me to dream and develop new dreams as I have spent over 50 years in these United States. 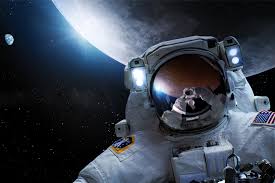 This past Spring, NASA was looking for a new class of Astronauts. Here is a link to a short video for those who may be inspired by the current class.

For those seeking trivia: The term "American Dream" was first used in 1931 by James Truslow Adams. In his book, The Epic of America, he wrote, "life should be better and richer and fuller for everyone, with opportunity for each according to ability or achievement."